Woman and the Glacier

BIDS Data Science Fellow Váleri Vásquez will be a featured panelist in a livestream conversation following BAMPFA's presentation of Woman and the Glacier (Audrius Stonys, Lithuania, Estonia, 2016), a portrait of portrait of Lithuanian scientist Aušra Revutaite, who has spent more than thirty-five years on the Tuyuksu glacier in Kazahkstan studying the effects of climate change: "Initially reluctant to be recorded, Revutaite finally agreed to participate in the film after seeing footage of the mountains shot by Stonys and his crew, and the imposing landscape steals the show. Alone in a vast wilderness, Revutaite barely speaks in the film; instead, this portrait of patience, persistence, and solitude allows us to share her view."

Following the film presentation, there will be live conversation and Q&A with Isabella Velicogna, professor of earth system sciences at UC Irvine and faculty at NASA/Caltech’s Jet Propulsion Laboratory; Váleri Vásquez, BIDS Data Science Fellow and UC Berkeley PhD candidate studying the use of genetic-based interventions for the control of mosquito-borne diseases; and Erin Pettit, glaciologist at Oregon State University and director of Inspiring Girls Expeditions.  The presentation will be moderated by Alex H. Bush, who holds a PhD in film and media from UC Berkeley.

Access is included with rental of the streaming film program, and an access link will be sent via email prior to the event.

This film and conversation are being presented by BAMPFA, in partnership with UC Berkeley's Women in Tech Initiative, as part of it's Picture a STEMinist series of recent documentaries and talks about women in science, technology, engineering, and mathematics (STEM). 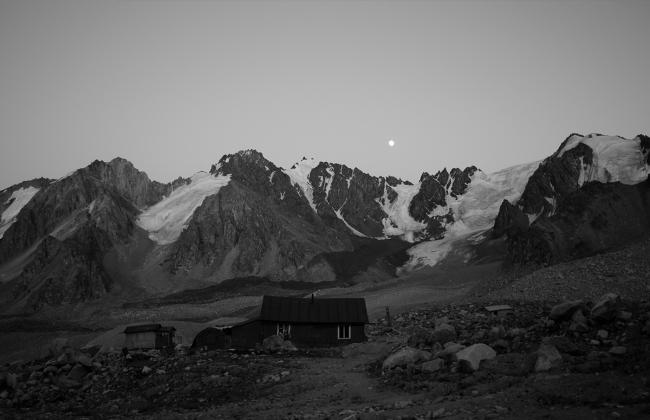 Váleri N. Vásquez is a PhD student in the Energy and Resources Group, a former Moore/Sloan Fellow at the Berkeley Institute for Data Science, and a former research scholar in the Renewable and Appropriate Energy Laboratory. Váleri’s research interests include the use of computational models to examine the environmental drivers and economic impacts of infectious diseases. She is currently studying questions relevant to the use of gene drive systems for malarial control. Prior to graduate school, Váleri focused on international and domestic climate change issues at the U.S. Department of State, the Center for American Progress, and the White House Council on Environmental Quality. She holds an MS from the University of California, Berkeley and a BA from the College of William and Mary.