It was the first day of my Health Innovation Fellowship. I was feeling nervous and excited. In the previous week, I had left my comfortable position as co-founder and engineering lead at a succesful, growing AI startup. Now, as I waited in the lobby of the Global Health and Clinical Sciences Building, I began to ponder my decision. What made me turn away from the standard path to Silicon Valley success. Why was I here?

I watched the other four new fellows arrive. They all had made a similar choice; it wasn’t easy! Stephanie had previously worked as a senior data scientist at a well-known digital health startup. Laurens had managed the entire product team at a microbiome diagnostics company. Haley had led the machine learning efforts within the VA Boston Healthcare System. Now, she chose to leave her East-Coast home to make a difference here, in the Bay Areas. Similarly, Lowry chose to bear the high Bay Area housing prices while raising her young daughter, because this opportunity was worth it! We had a chance to do something truly unique; to tackle an unmet healthcare need. To make a difference for patients and clinicians using our industry-honed data-driven skills. The task before us seemed audacious. Fortunately, we wouldn’t need to tackle it alone. We had the support of three word-class institutions; Berkeley, UCSF, and Janssen Pharmaceuticals. They would provide us with the resources required to succeed in our endeavours. However, first we needed to familiarize ourselves with the diversity of resources at hand. This would require meetings. Many meetings.

The first month of the fellowship was a whirlwind of lectures, travels, and meetings. We sat in lecture halls in Mission Bay, while UCSF professors shared their research on machine learning and disease diagnosis. We visited a UCSF hospital high up in the hills of San Francisco, where high-tech robots prowled the shalls, delivering food and medicine to patients. We visited the Berkeley School of Business, where MBA students patiently explained the many ways in which the US Healthcare System is broken. We traveled to Janssenn offices across the Golden State; touring the Janssen labs in South San Francisco and sharing lunch with high-power Pharma executives at the beautiful Janssen office in San Diego. Janssen’s research scientists and business leaders spoke of the boundless challenges associated with bringing life-saving drugs to the US market. Over time, a picture began to emerge of how these clinical problems overlapped with data-driven solutions. And it wasn’t the picture I expected. 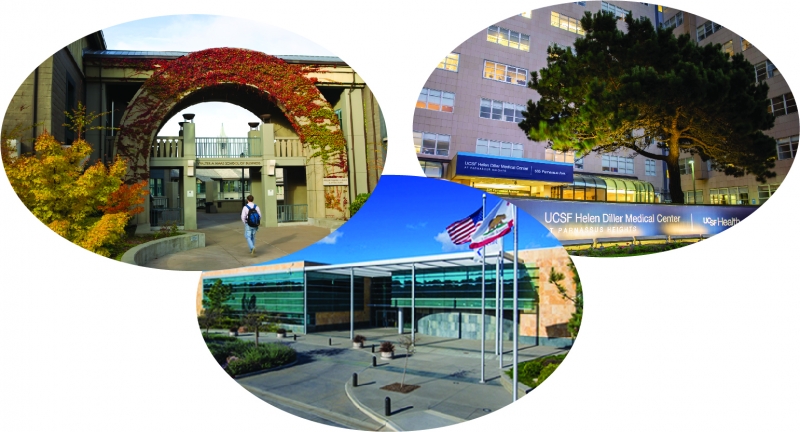 Data scientists and machine learning practitioners are a confident and optimistic bunch. Sometimes we can be overly-confident that our advanced methods can crack-open any problem. Unfortunately this is not always the case; especially in the messy world of healthcare. For instance in 2015, AI pioneer Geoffrey Hinton proudly proclaimed that we should stop training radiologists since imaging automation will soon take their jobs. However, he was very very wrong. Right now, radiologists are more in demand than over. Existing AI techniques are insufficient to address this demand. Problems in medical imaging are more complex than Dr Hinton could have imagined. Perhaps Dr Hinton should’ve taken the time to familiarize himself with these problems, prior to jumping to conclusions. Talking to radiologists and observing them at work would have painted a clearer picture of what neural networks can and cannot accomplish. We must not blindly assume that data-science tools can tackle any problem. Instead, we must first intimately familiarize ourselves with existing health problems prior to offering up a solution. We need to start with the problem and then proceed to the solution; not the other way around! Hence, our fellowship’s credo is to first identify an unmet need. Only afterwards would try to address that need

How does a fellow identify an unmet healthcare need that’s worth their efforts? Through more meetings of course! Many more meetings! We had at our disposal hundreds of scientists, physicians, and healthcare industry leaders. All these individuals could provide us with guidance about which unsolved problems truly mattered. And so, the meeting scheduling marathon began!! Boy, was it hectic. Each day, we’d start our morning by emailing a dozen healthcare specialists. Then, we would set off for meetings we had scheduled across random locations in the Bay Area (and beyond!). A typical day’s journey could take us from Berkeley lab to San Francisco’s Mission Bay to Laurel Heights to the UCSF South-of-Market office. Trips to South San Francisco were not uncommon. Neither were trips to the Veterans Affairs Hospital, which overlooked the majestic Pacific Ocean. Stephanie once traveled to a trendy East Bay coffee-shop in order to meet a palliative care specialist.I had once ascended to the highest floor of a fancy Financial District High-rise. There, in the chique offices, I talked to Berkeley professor who had just launched a risky startup that ran healthcare machine learning on the Blockchain! A few weeks later, I found myself a plane to Philadelphia. In Jansenn’s East Coast office, I met with a Lupus specialist, along with Jansenn’s data science team. That day, I had an additional meeting scheduled with the VP of Scientific Innovation. However, an impromptu fire-alarm left me scurrying off into the freezing East Coast air. That meeting was rescheduled for another day.

The constant meetings were a little overwhelming. There were so many problems we could choose from. Predicting high-risk flu patients. Tracking disease pandemics! Using smart watches to monitor drug response! Leveraging apps to help out patients with depression! Dealing with hospital overcrowding! Optimizing homeless patient care! The number of unmet needs was truly staggering. Which project should we choose?

Despite this flood of information, the meetings were worth it. Occasionally, they provided us with true Eureka moments. At one point, Haley and I were shadowing a radiation oncologist. That doctor described how fine-tuned 3D imaging is used to guide radiation beams towards patient tumors. The doctor then proceeded to show us the machines that delivered these radiation doses. A patient had been loaded into one of the machines. Meanwhile a team of physicists, clinicians, and technicians prepared the machine in order to start the treatment. Suddenly, something went wrong! The patient was being evacuated from the machine.  The radiation-canon arm was broken! The treatment was delayed;  a new machine would need to be prepared. Haley and I were startled by what we witnessed. We peppered the oncologist with questions. It turned out that machine breakdowns and recalibrations were sadly more common than expected. This led to many wasted hours, while also putting undue stress upon the patients. A new unmet need has been identified! Was it worth our efforts to tackle this problem?

Gradually, the influx of seemingly endless healthcare needs gave way to some internal filtration. The research interests of each fellow began to coalesce around some more concrete research area. Haley began to focus on the shortage of clinical datasets, and how such data could be constructed with advanced AI. Stephanie turned her attention to algorithmic bias and how it affects underrepresented minority patient populations. Lowry tuned more deeply into problems of patient mental health. Laurens began to examine clinician burnout, and how overworked doctors make mistakes. I turned my attention to the misdiagnosis of deadly diseases, and how this misdiagnosis could be addressed using doctors’ notes and other clinical data. We began to tweak our needs of choice. Experts from Berkeley, Janssenn, and UCSF provided us with guidance at each step. In January, each fellow presented their top-ranked unmet needs to a committee of leaders from all three institutions. The committee enthusiastically approved our choices, while offering-up their insightful feedback. Now, myself, Lowry, Haley, Stephanie, and Laurans have each focused on a single healthcare problem. We’re calibrating our resources and skills in order to propose an impactful solution. The road ahead won’t be easy. Yet, we’re ready to deal with any challenge! In the next 20 months, we will do our best to make a difference. After all, the lives of patients are at stake!