As temperatures rise, glaciers recede, and marine life populations dwindle in the face of climate change and unsustainable resource use, one of Earth’s most unique habitats is in danger of disappearing forever.

In a recent commentary in Nature, BIDS Data Science Fellow Váleri N. Vásquez and colleagues urged the Commission for the Conservation of Antarctic Marine Living Resources (CCAMLR), an international convention of 25 member states established to manage natural resources in the Southern Ocean, to create a marine protected area (MPA) in the waters surrounding the Western Antarctic Peninsula. The article includes a list of over 280 co-signatories who support increased environmental protections in Antarctica. 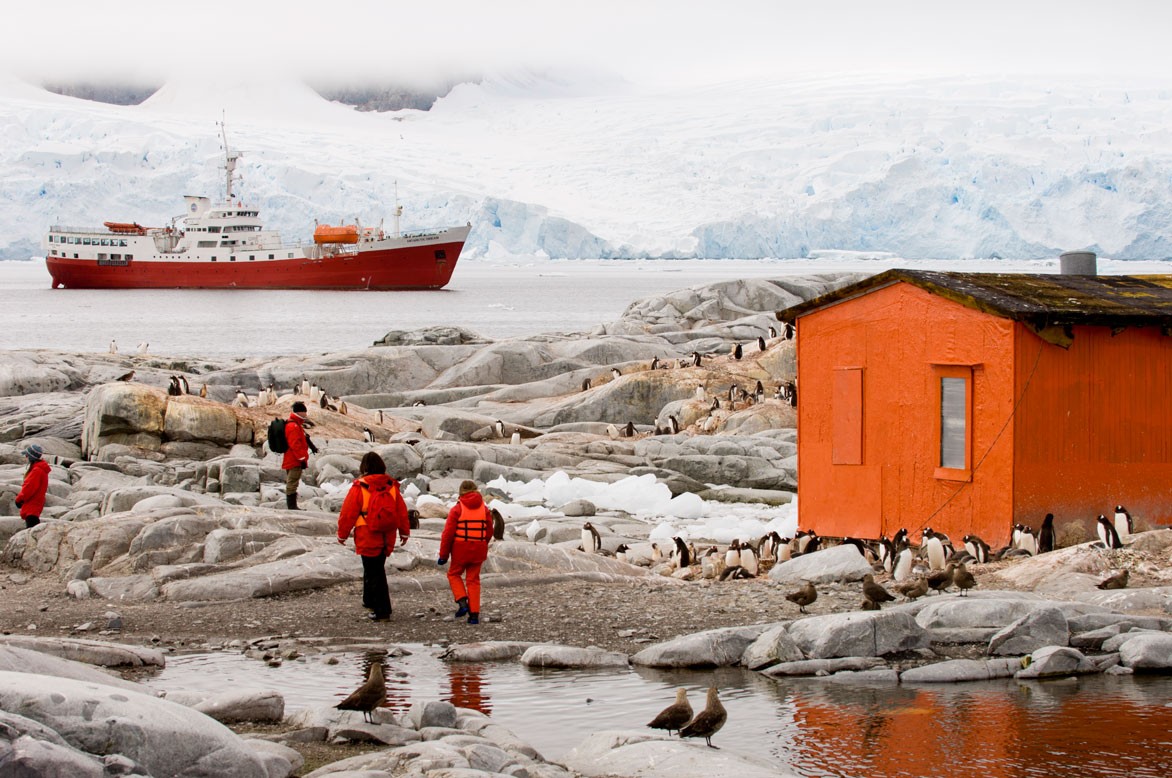 As proposed, the Antarctic Peninsula MPA would encompass 670,000 square kilometres and be in place for 70 years. It would incorporate regular reviews, research, and monitoring to address four crucial factors that currently threaten the area’s ecosystems: (1) Mitigating the effects of overfishing by learning more about how harvesting and migration patterns affect the diverse populations of marine life that inhabit this area; (2) Reducing the negative effects of tourism and pollution through increased regulations that advocate safe and environmentally responsible travel; (3) Limiting the size and environmental footprints of continuously-inhabited research stations that diplace wildlife, introduce various types of pollution, and disrupt ecosystem balance; and (4) Slowing the effects of climate change by monitoring environmental factors (e.g. loss of ice, warmer air and water temperatures) and preventing the arrival of non-native and invasive species that threaten the fragile environment and its inhabitants.

The Antarctic Peninsula proposal was one of three MPAs currently under review by CCAMLR for its October 2020 meeting. Adoption would fulfil CCAMLR’s 2002 commitment to set up a network of MPAs spanning a representative set of ecosystems in the Antarctic. If all three proposed MPAs were enacted, more than 3.2 million square kilometers of the Southern Ocean would be protected.

Antarctica has long set precedents for international diplomacy and scientific cooperation, and the frozen continent now stands to benefit from a more systematic approach to the designation of officially protected areas: the proposed MPAs will help ensure that the expansion of collaborative research infrastructure, as well as limitations on tourism and environmental impact, are implemented effectively.  The authors and co-signatories are hopeful that their efforts will influence the handling of both human and climate impacts on this fragile part of the world and its inhabitants.

Most of the authors of the Nature piece traveled to the Antarctic Peninsula in 2019 as part of a delegation selected for a global leadership initiative to promote the influence and impact of women in science, technology, engineering, mathematics and medicine (STEMM).

For Vásquez, advocating for an MPA on the Antarctic Peninsula was a natural outcome of her long standing dedication to environmental causes over many years that preceded the 2019 trip. “The many individual environmental threats — from climate change to unsustainable resource use —that threaten Antarctic ecosystems are each dangerous in their own right” explained Vásquez, “and their compounded effects will be catastrophic to this fragile part of the world, making immediate action all the more essential.”

While the MPA’s failed to gain the necessary support from member countries in CCAMLR’s most recent meeting, which ended on October 30, there may be hope for progress next year. “It is extremely unfortunate that the proposed MPAs failed to gain the necessary support during a year in which global events have highlighted the importance of biodiversity,” noted Vásquez, “but I and other scientists hope that the good work conducted thus far to develop and advocate for the MPAs will yield a positive outcome next year, at the 40th CCAMLR meeting.”